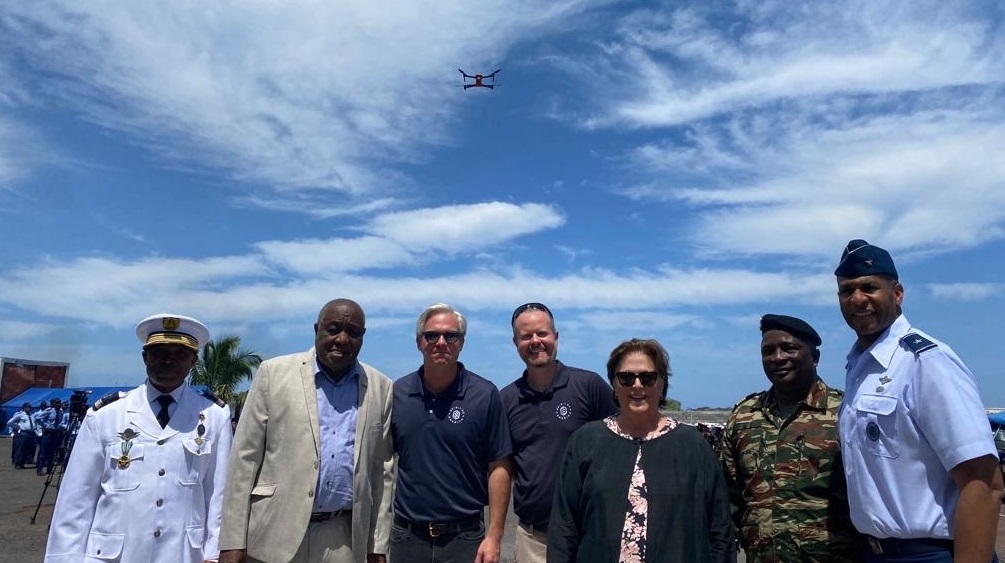 The drones were donated by Spirit of America, a privately funded U.S. non-governmental organization that works alongside diplomats and military personnel to help them save and improve lives around the world and strengthen relationships with friends, partners, and allies.  The organization provides humanitarian and economic assistance, such as the donation of these drones to Comoros, to demonstrate the spirit of American friendship.

Spirit of America also trained the Comorian Coast Guard to operate, maintain, and strategically deploy these drones through on-site training that concluded November 11.  Now, the Coast Guard will begin to experiment in how to use drones to enhance maritime domain awareness and search and rescue missions, which in turn will allow the Coast Guard to more effectively exert sovereignty over Comoros’ exclusive economic zone (EEZ).

This public-private initiative brings together the governments of the United States and Comoros with the generosity of the American people and represents an important step in building the capacity of the Comoros military.